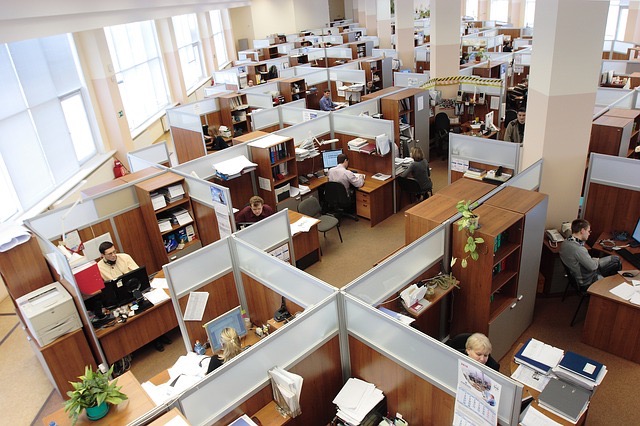 Recognizing employees has become an essential component for the staffing strategies and total rewards of an organization. Engaging employees is currently the greatest for the Human Resource departments of most organizations and it’s widely anticipated that recognition/appreciation contributes a significant role in promoting engagement of the employees. Although appreciation is not a new thing in organizations, it is finally turning into a more strategic plan as various organizational programs are aligning appreciation with the desired behaviors and objectives of the business.

Would you be surprised if you realize that a study conducted by the research institute of Work Human demonstrated that 21% of the respondents that were involved in the study were NEVER recognized at their place of work and thirty three percent had not been recognized within a period of six months? That does not mean that the supervisor/ boss is claiming, “Wait for a minute….uhhh….John, correct?” Come on, get serious! Even those individuals that don’t prosper on recognition require more attentiveness than that!

Is It Possible To Over Thank The Employees

Additionally, you should bear in your mind the fact that the things that are recognized tend to be repeated, indicating that it is therefore better to be more specific. One can choose to either say, “Mary, you did a magnificent task handling the call with Mr. Smith today. He was tough on his demands but you were able to calm him down, handle him like a professional and solved his problem. Let’s keep him as a customer who is satisfied. You’ve great instinct on the customers. Thank you” or “Good job, Mary.”

You may have a look at the strategies of engagement as a skill that is soft, although they offer hard results. While Marcial Losada was studying the team’s communication habits, he discovered that the teams that were high performing had a positivity ratio of 6:1. This simply means that for every single negative comment that was heard by the member of a team, they hear a minimum of 6 responses that are positive. On a team that has an average performance, the ratio decreases to a positivity ratio of 3:1. Hat ration indicates that your employee engagement is hardly surviving. The employees are only performing enough tasks, so they do not get laid off, and you’re probably giving them just the enough payments so that they do not quit or resign. They are just rowing fast enough so that the boat doesn’t sink. It is a uniform balance. On the team the team that has low performance, they have the positivity ratio of 3:1. That means that they hear negative comments three more times as compared to the remarks that are positive. It is like finding yourself in a traffic jam that has cars very close together. Fort every single individual that waves the “Go ahead”, 3 more individuals honk their horns and show the finger and insulting you!

If you are interested in more numbers, Gallup organization demonstrates that only thirty percent of the employees tend to be engaged actively. These are individuals that add more value into your organization/ business than the salaries that you’re paying. You are aware that they are the rock stars of your organization. About half of the employees tend to be disengaged. Again, they’re doing the exact amount of tasks that are being paid to perform; nothing more although sometimes less. Additionally, you certainly have bottom 20 percent that consists of employees that are actively disengaged. These refer to the toxic, horrible, poisonous individuals that are working for you……individuals that may overpower your preferred Yankee Candle by simply walking across the room. Just like you Rock star employees who light up a room by walking in- the horrible employees can light up a room too- by leaving! Apart from the fact that their being around is painful, they are costly; costing you about $3,500 for every salary of $10,000.

Who Gets The Attention?

The problem kids and rock stars, right? Let us take one to consider the group that we have forgotten; the middle fifty percent. I like referring to this group as Steady Eddies. Although Eddie isn’t the rock star, he isn’t a problem kid. He does not get all notes correctly, although you can easily tell when he is playing the ‘Brown-Eyed Girls’ song. He comes into the workplace, listens to his song then heads home. But what if on a particular day the manager tells him, “Look here Eddie, I only want you to be aware that I appreciate and acknowledge your presence in the organization every day as you sing us your song.”Eddie might think, “Hmm, how can I get more of such compliments?” he will therefore work with a little bit more effort since he liked that positive remarks and attention. Additionally, you have motivated him to do even better. You might have simply offered him the thing that he required to become the rock star. (May be the following he will start playing Heaven to Stairway!)

Where Do The Employees Who Are Actively Disengaged Get Their Newcomers?

They simply obtain their newcomers from the middle fifty percent. The group that than can be able to cause the most influence on through the appropriate encouragement is the middle 50% group. It’s the group that you can easily impact the most notable difference.

If any of your employees haven’t heard any positive words coming from you for the past one week, search for a particular thing that you can recognize and appreciate. Who knows, maybe you will stop that individual from sending their resume to other potential employees.

What Is SEO Wikipedia

Choosing The Right Type Of Ceiling Fixtures In Order To Get...

Tips For Making Affiliate Marketing – Easy For You

What Is SEO Plug-In In WordPress

How To Make A Peanut Butter Milkshake Without A Blender

Doctrine Of Authentic And Efficient Leadership